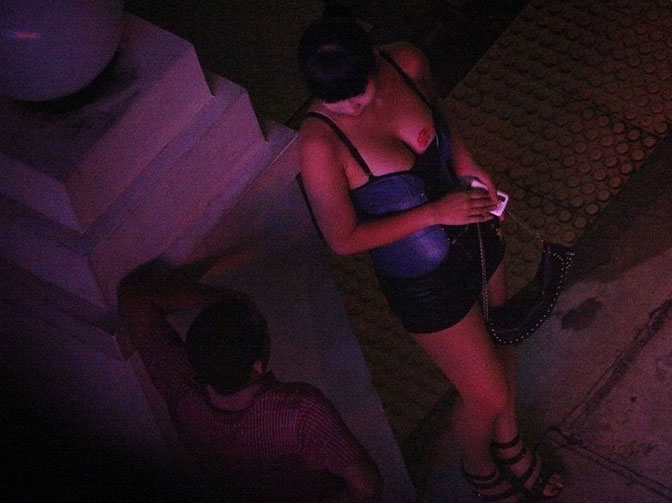 A sex worker talks to a man outside a hotel in the Geylang red light district in Singapore, February 8, 2013.

Everyone has their little indulgences. For some, it’s their morning Starbucks fix or a $2000 handbag. For others, it’s hookers and blackjack.And it’s the latter that are most representative of consumer spending in the US economy, according to Andrew Zatlin of South Bay Research. Zatlin’s one-man research consultancy based out of California, whose highly accurate, data-driven methods of forecasting jobs numbers have earned the title of ‘The Moneyball of Economics’ by the Wall Street Journal.

One of South Bay’s products is the Vice Index, which according to Zatlin has an almost 90% statistical correlation with personal consumer spending and leads it by 4 months. The index measures spending on gambling and escorts, which, according to Zatlin, is a highly sensitive barometer for the ‘wealth effect’, or how rich we’re feeling at any given time.

Zatlin’s data for the index goes back 15 years and South Bay has been calculating the index for the last 2 years. 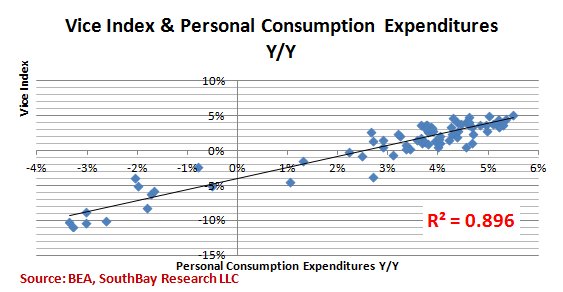 And this year, the index has shown a steady downward trend.

“We were seeing it even before the government shutdown, and it’s continued to trend downward recently,” said Zatlin to Business Insider,”In Q1 of this year, we saw prices of escorts rose 15% at the high end but not at the middle or low end, which proved that the top 1% was doing fine, but not everyone else. This was contrary to the media’s narrative of a “booming” economy.”

Zatlin would not disclose his sources and methodology for computing escort services pricing.

“During events like the furlough and Sandy you had escorts saying that their phones had stopped ringing. Now I’m not saying that government workers are clients for prostitutes, but when you have 800,000 people out of a job, that affects spending.” 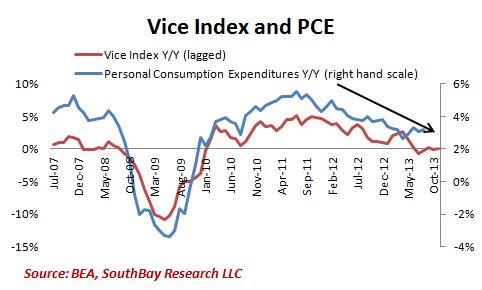 According to Zatlin, spending on these vices is part of the “underground economy”, which makes up anywhere between 10-15% of the economy in the United States and is, understandably, unaccounted for in official statistics. But this data, if you can find it, is extraordinarily representative of consumer spending.

“This part of the economy is based purely on market forces,” he noted. “It’s all cash-driven and there are almost no barriers to entry. Most importantly, it’s purely conspicuous consumption. People spend on vices when they feel like there’s a hole burning in their pockets. If you’re going to Atlantic City, you’re going to hope to win, but you’re probably prepared to lose. It’s literally throwing money away.”

Because of this, vices are the first thing people stop spending on when times are bad, which makes it a good way to measure the “wealth effect”, or how secure people are feeling about their wealth.

Spending on luxury goods is a similar ‘canary in the coal-mine’ indicator, and also a good measure of conspicuous consumption. However, Zatlin believes vice spending is more demographically and socio-economically representative. Only the 1% can buy a yacht, but spending on escorts can range from the very high end to “low-end”, and can provide a geographically and socio-economically diverse set of data points.

More importantly, Zatlin believes the Vice Index has more relevance than many others that were formulated decades ago.

“Everyone smirks when they hear about this, but the regular indices are all using data points that are old, and in many cases, not representative of today’s economy.”