German’s Unflappable Economy May Be Flappable After All 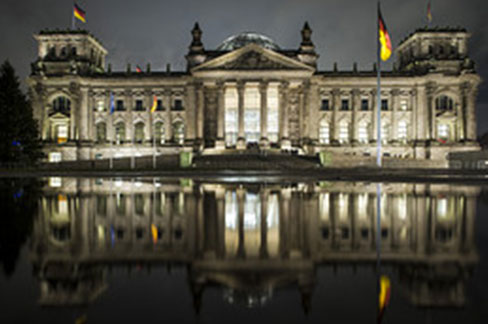 Germany’s unflappable industrial machine, until now seemingly impervious to the euro zone’s woes, could be in for a rude awakening when the government releases factory order figures on Thursday.

So suggests one small Silicon Valley economic analysis firm with an impressive track record of using global semiconductor order trends to predict mainstream economic data. SouthBay Research is forecasting a significant decline of 1.5% in German orders in January from December, a figure that’s starkly more downbeat than market consensus for a 0.6% gain. In year-over-year terms, SouthBay is forecasting a decline of 0.5% versus consensus forecast of a 2.7% rise.

The firm’s argument is that semiconductors, a key component in virtually all electronic goods these days, have become a very reliable predictor of manufacturing and industrial trends. Specifically in the case of German factory orders, SouthBay has found that the correlation between semiconductor billings and factory orders is 0.77, implying a fairly tight relationship between the two. (A correlation of 1.00 reflects a perfect one-for-one relationship between two variables.)