Moneyball of Economics: How One Man Is Knocking it Out of the Park 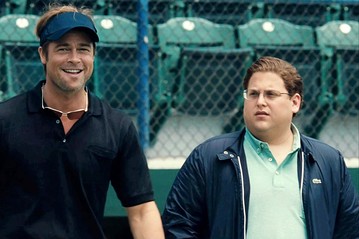 The actual number from Bureau of Labor Statistics: 148,000.

Mr. Zatlin has a one-man economic-research shop called SouthBay Research, in San Mateo, Calif. On Monday, he put a note out to his clients predicting the government number would come in at 146,000, about as spot-on as one can get with the dart-game that is predicting the jobs report. (For the record, IHS Global Insight predicted 150,000.)

In fact, he’s had a three good months. While Wall Street continued to project jobs growth of about 180,000 a month, Mr. Zatlin’s forecasts have averaged 150,000, he noted. Actual growth the past three months has averaged 143,000.

Mr. Zatlin, who started SouthBay in 2009, likens his approach to the one employed by Oakland A’s General Manager Billy Beane, whose rigorous use of data mining made famous in “Moneyball” created a new approach to building a baseball team.

“It’s very much a ‘Moneyball’ kind of thing,” he said.

Economics, just as baseball, is steeped in tradition. Economics, to hear Mr. Zatlin tell it, is just as buried in its own past, and missing the great changes taking place in the world. That leads most economists to use outdated methods to measure the wrong things, Mr Zatlin says.

Mr. Zatlin engorges on data, from semiconductor orders to vices like escort services (yes, it’s a sign of discretionary spending). He produces a vice index he says has an 88% correlation to personal consumption figures – and a four-month lead time.

Take his jobs prediction. Mr. Zatlin says he monitors the hiring practices of more than 1,000 companies, both large and, importantly, small; and separately monitors hiring in 50 metro areas. (While he shared his method, he would not divulge his exact sources.)

“I’m very good at capturing the small and mid-sized companies” that are critical to overall economic growth, he said. He takes this data, and once a week runs it through his system to produce an estimate for jobless claims, and once a month to produce the nonfarm payrolls estimate.

Mr. Zatlin’s background is in economics. He got his economics degree from Kyoto University and MBA from UC Berkeley. But he didn’t come through the finance industry, he came through Silicon Valley (the name SouthBay, in fact, is a reference to the Valley) during the dot-com years. He worked for years for Cisco and other companies there, in business intelligence, harvesting data to pinpoint trends. In fact, he considers his business experience a critical difference between himself and other economists.

The heart of Mr. Zatlin’s approach to economics can be found in something he expresses a funny passion for: semiconductors. These days everything from tablet computers to talking greeting cards has chips in them, he notes, and to him they are the critical ingredient in predicting where the economy is going. “In the industrial age, you track things like steel and oil. In the digital age, you track silicon.”

It was the chip sector led him to predict in March that German factory orders for January would fall  1.5%, when the consensus was for a 0.6% gain.

But, while he didn’t acknowledge this in an interview, it’s not just the cold numbers that distinguishes him. After all, anybody can pull numbers. What makes the difference is having a way of making sense of the numbers, of having a feeling for what’s happening in the real world, and knowing where to look to find the data to either support or refute your assumptions.

Before MoneyBeat talked to Mr. Zatlin, we joked in an email that we’d have to cut off the Hall & Oates song we were listening to to do the interview – not mentioning the particular song. When we called, he picked up the phone and started singing.

“You’re a rich girl, and you’re going too far…”